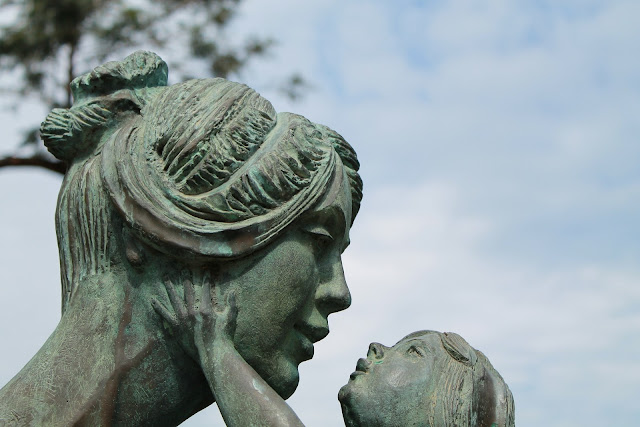 Image description: statue of a mother holding her infant child. The child's hand is pressed to the mother's cheek.

and Camp Nanowrimo. Some details have changed since I wrote it; for example, Arkady's name meaning and how he acquires it is very different in this story than in The Man Who Is Revealed. Still, the emotional truth of Him remains an essential part of both Arkady and Thyld's character development.