Banner made by the wonderful Kate of Carlay, one of the moderators over at Starvation Forum. Thanks so much, Kate!

The Clever, Crazy, Completely Non-Canon Challenge was a competition run during the fall and winter by the Hunger Games fan forum Starvation. The basic concept was to write either an AU story (a story with events that deviate from the source material) or a story with a non-canon pairing (a romantic relationship contradicted by/not mentioned in the source material); the winner of each category would be determined by votes. I am honored to announce that my short story "Dark Days" won in the AU category!


Speaking of honors, several stories of mine have also been nominated for the 2011/2012 Winter Hunger Games Awards: multi-chapter story Survival for "Best SYOT" and "Burning Bright" and "Smoke and Mirrors" for "Best Prompt-Inspired" (the only stories even nominated for that category, another honor!) These awards have not been judged yet, so stay tuned for further updates!

A complete list of fanfiction honors awarded to me can be found here.
Posted by Amata le Fay at 6:24 PM No comments: 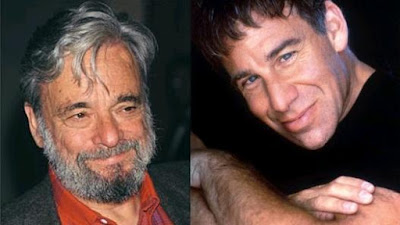 This post was originally going to be titled "Failed Starts," but I decided to go for something more optimistic. You know why? Because, when I look at all these so-called "failed starts," I can see how all of them lead to each other. Ideas for one story are borrowed from previous drafts, characters and names are reused, even a phrase or repeated word can hop from one crumpled piece of paper to the next without the author even realizing it.


This leads me to the heartening conclusion that no idea ever goes to waste. It just keeps getting recycled, just like the paper that it's written on is supposed to be. Even if a certain plot is thrown completely out of the window because it just won't work, you can bet that something in that draft is perfectly usable. This is the reason why my desk is such a wasteland: that's where I dump most of my written work that hasn't made its way into a happy home yet. I never know when I might need one.


Do you want proof of this amazing recycling process? Alright, here it is.

The Journey of An Idea
Read more »
Posted by Amata le Fay at 6:14 PM No comments:

Excerpts from THE OMNISCIENCE

Picture taken from http://www.hungergameslessons.com/2011/11/hunger-games-movie-trailer-teaching.html, courtesy of The Internet. Image is of the Capitol from the trailer of the upcoming The Hunger Games movie.

November is National Novel-Writing Month, in which writers from all walks of life and from all around the globe take on the self-imposed challenge of writing 50,000 words in 30 days. This year was my first year participating (along with the rest of my Creative Writing class), and I am pleased to report that I succeeded! It was an incredible adventure, and even though the book has not been polished yet, I feel like sharing an excerpt with you all.


The Machine known as the Omniscience, or the Omni for short, was created to calculate a person's every need and choose a path for his or her life that not only ensures maximum happiness for the individual, but for society as well. At the age of eighteen, every citizen is obligated to be tested and analyzed by the Machine for a week. The Omni determines one's occupation, social class, probable income, and even location, and is an essential ingredient for a functioning society. But over the last two years, something has been going wrong with the Machine. Matches have been made that are so far off the mark as to seem ridiculous. Teenagers have disappeared--or worse, been found dead--inside. Others have been psychologically scarred beyond repair, so severely that they can't even function.
It's Lilah Ellerby's eighteenth birthday.
Read more »
Posted by Amata le Fay at 5:22 PM No comments:

In the interest of actually posting some writing...

Photo stolen from http://cdn.screenrant.com/wp-content/uploads/The-Hunger-Games-Katniss-Shooting-Bow.jpg, courtesy of the Internet. The image depicts Jennifer Lawrence playing Katniss Everdeen in the upcoming movie The Hunger Games, which I am eagerly anticipating.

"Archer" is a short story that was written in September of this year for my creative writing class. Very loosely based on a reimagining of an unfinished novel that I co-authored in fourth grade, it features sibling dynamics brought up to eleven in a fantasy world. Many a sibling will claim, "I'm going to kill my brother/sister!", but would they really be able to follow through? And what would happen if you were forced to do it?