To Avis Ladongale, On the Subject of Fixing Time 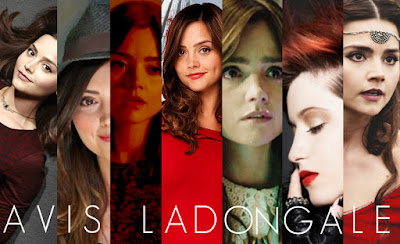 A banner made by myself, featuring the beautiful actress Jenna Coleman as the titular character in this upcoming piece. Why Jenna Coleman? Let's just say it has something to do with time...

I'm just gonna come out and say it: this is one of the stories that I consider dead. I've taken the concept as far as it can go and submitted it to several publications, all rejected. I suspect it has something to do with the universe being very highly-developed in my own head but underdeveloped on the page. But "To Avis Ladongale" is in essence a bare-bones piece, more of a prose poem than a story, and to flesh out the text would take it in an entirely different direction than I feel it was meant to go. Perhaps I'll write that other story someday.

To give credit where credit is due, my brilliant friend Katrina S. is the creator of Avis Ladongale herself and my partner, along with Jay B., in creating this strangest of universes in which the piece takes place.


To Avis Ladongale, On the Subject of Fixing Time
Read more »
Posted by Amata le Fay at 2:14 PM No comments: